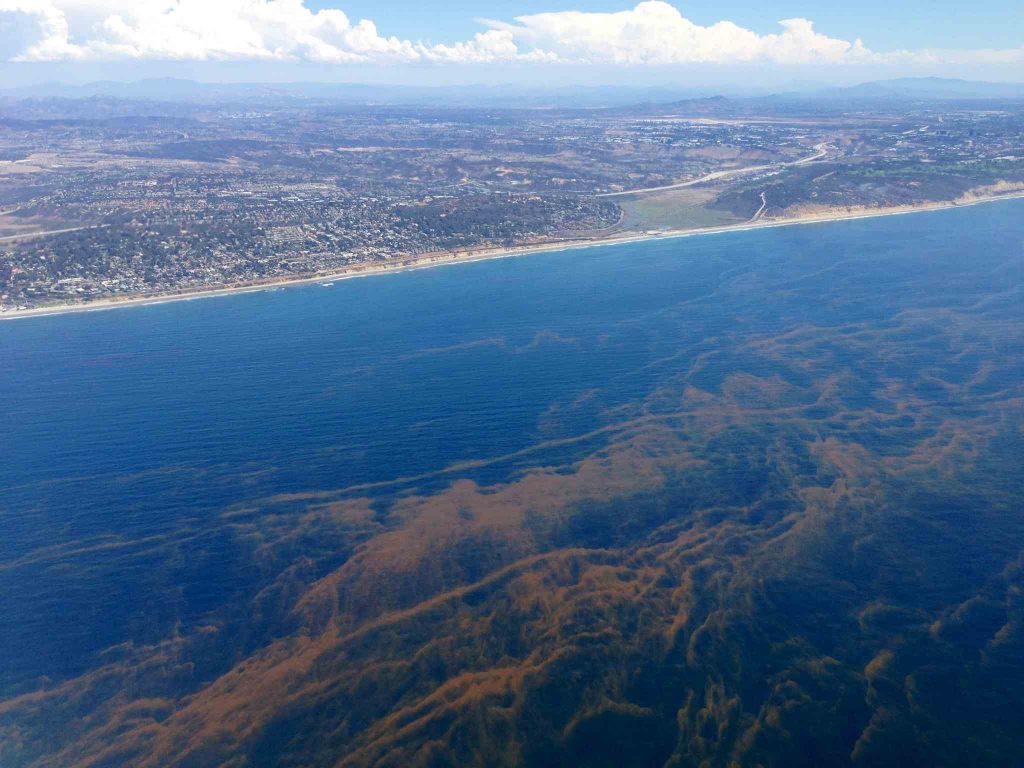 We are having an amazing red tide in La Jolla Bay. The water is discolored from dense numbers of the dinoflagellate Lingulodinium polyedrum, which has long been known as a source of red tides in southern California. But just wait until tonight – it should be excellent viewing for its bioluminescence. Just find a dark beach and enjoy the light show caused by the waves or your own swimming.

The first report of the red tide came from Eddie Kisfaludy, who yesterday reported blooms visible from La Jolla to Carlsbad between 1-3 miles offshore. Now it appears to be moving onshore. The last local Lingulodinium red tide was fall 2011, causing spectacular displays of bioluminescence. We want to know more about the dynamics of red tides, because cannot predict when they will occur nor do we know how long they will last.

[UPDATE: The red tide lasted only one week!]