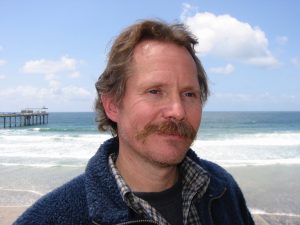 Jim Rohr had a 30 year career with the Department of Defense at Spawar Systems Center (SSC) Pacific in San Diego, first as a research physicist studying fluid mechanics, underwater acoustics, and marine biology. He obtained a Ph.D. in Engineering Physics at the University of California San Diego (UCSD). He served for several years as a research associate at Scripps Institution of Oceanography, and lectured at UCSD in the Mechanical Engineering and Aerospace Department.

After helping manage SSC Pacific’s research portfolio, he was asked to champion a new outreach program, the purpose of which was to attract more U.S. students to careers in science, technology, engineering and mathematics (STEM). This program grew exponentially and through an army of volunteers soon provided over 200 events a year, involving thousands of students and over a hundred teachers. Retiring from the DoD in 2015, he continued his outreach efforts through the National Marine Mammal Foundation.

Jim was a personable and energetic scientist and educator, infecting others with his enthusiasm and love of science. We worked together on many projects involving the flow stimulation of bioluminescence. The highlight was studying dolphin hydrodynamics using bioluminescence as a flow marker; Jim arranged for us to work with Navy dolphins at SSC Pacific.